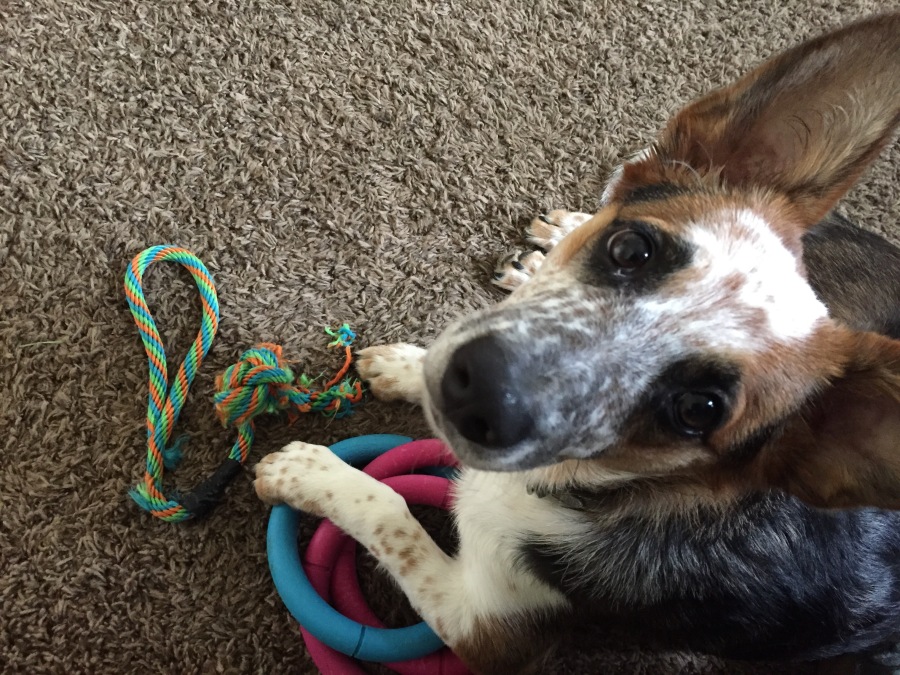 She tries every single morning without fail to get the squirrels chattering happily in the trees above the backyard. She’s out there each day but hasn’t even come close to catching one (and wouldn’t know what to do with it even if she did). It’s a worthless exercise, but one that she will urgently awaken me to pursue.

Unfortunately, I do the same thing.

Not with actual squirrels, obviously. Instead, I tend to always pursue things that are outside my reach.

Like most things, I think the problem started in Genesis.

In that book, we are told that God created a really good world full of good things and made two good human beings to live in it. He made the humans in His likeness, in His image, and established them as the stewards of the planet. He gave them everything to enjoy with only one, single prohibition: don’t eat the fruit of knowledge of good and evil.

Not content with being made in God’s image, Adam and Eve ate the fruit. They bought the lie that God was withholding something good from them, that they could become gods themselves. Ignoring the multitude of blessings, they sought after what they could not have. They thought that they were wiser than God.

But I’m in no position to judge. I do the same thing, and most of the time it’s not “big sins.” Just the little, nagging ones that are equally as damning.

For example, I know what the Bible teaches about rest. In Christ, we might no longer be required to observe a sabbath day, but the pattern is still a really good idea. God created us to function best when we rest one day and work six. That weekly rest helps us refocus and reenergize.

But I often opt for vacations instead. I refuse to take a true rest week after week, focusing on a getaway that will recharge my spiritual, mental, emotional, and physical batteries. Vacations never live up to the hype, never meet the expectations. I simply can’t go nonstop for 6 months to a year and expect my body to recover in one week. I wasn’t designed for that kind of living, but I often pursue it anyway.

Likewise, I know where God tells me to look for rest: “Come to me, all who labor and are heavy laden, and I will give you rest. (Matt. 11:28)” But my eyes always look to Netflix or YouTube by default. He has never failed to give me rest when I come to Him for it, but I still chase after worldly things that never satisfy.

Sin is an empty promise, offering what it cannot give, causing us to dedicate our time and energy on things worthless pursuits. It is a vanity of vanities, a chasing after the wind.