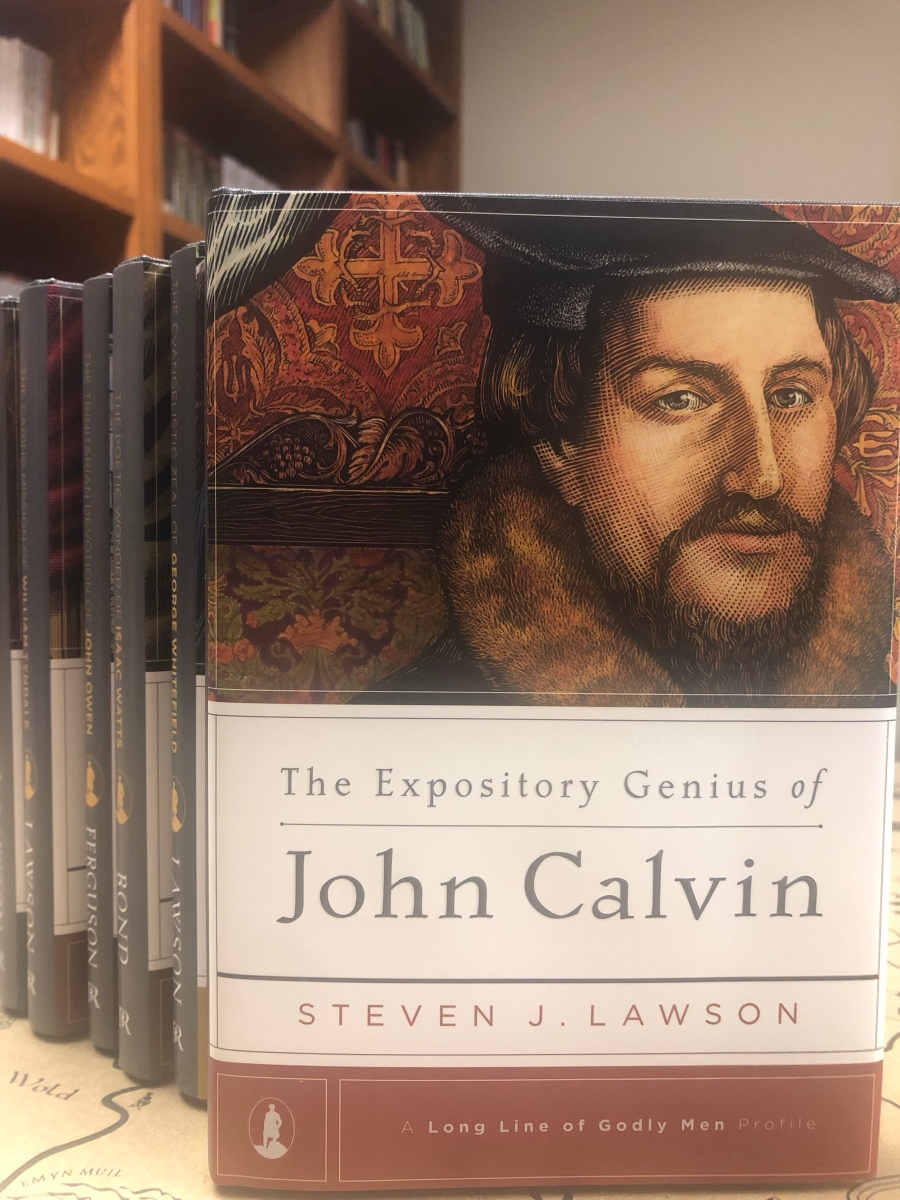 The Expository Genius of John Calvin is the first book in the Long Line of Godly Men Profiles series, which is edited by Steven Lawson. It is my fifth volume to read in the series (the others being on Lloyd-Jones, Luther, Watts, and Owen).

If you are not familiar with the series, they are not strictly biographies, although the first chapter always gives a biographical sketch of the man in view. Instead, they topically address particular features in the ministries of each man. The titles themselves point to this aim. In The Heroic Boldness of Martin Luther, Lawson focuses on what made Luther’s ministry so bold. In The Trinitarian Devotion of John Owen, Sinclair Ferguson describes Owen’s passion to make known and be in communion with the Triune God. Likewise, the focus of this volume is upon the brilliant exposition of John Calvin. Rather like Piper’s The Swans Are Not Silent, these profiles are aimed at giving present day application and exhortation through the study of past figures. Lawson longs for us to learn from these men of God and imitate their imitation of our Lord.

Perhaps I have a particular love for this book on Calvin because he happens to be one of the theologians dearest to my heart. While there are few historical figures in general that are as misunderstood as Calvin, I have long found him to be rich source of pastoral insight, bold defense of the truth, and, as this book focuses upon, a relentless commitment to the Scriptures. As a pastor who strives toward those very goals, Calvin has been a four hundred year removed mentor to me.

In light of Calvin’s high view of preaching, Lawson helpfully structures the book around the elements of a sermon. From preparing the preacher (chapter 3), to concluding the exposition (chapter 8). The two appendices on how Calvin preached consecutives through 2 Samuel, Micah, and Ephesians and an example of his unspoken outline of the sermon are very pleasant additions.

Of course, even though any Christian can read this book and find great insight, pastors are very much Lawson’s primary audience. “If you are a preacher or teacher, may you be challenged to a higher standard in your handling of the Word” (xiii). Therefore, while I would recommend this book to any Christian, I cannot recommend it high enough to fellow pastors.

I’ll conclude with one my favorite quotations from Calvin on the ministry of the Word:

Let the pastors boldly dare all things by the Word of God, of which they are constituted administrators. Let them constrain all the power, glory, and excellence of the world to give place to and to obey the divine majesty of the Word. Let them enjoin everyone by it, from the highest to the lowest. Let them edify the body of Christ. Let them devastate Satan’s reign. Let them pasture the sheep, kill the wolves, instruct and exhort the rebellious. Let them bind and loose, thunder and lightning, if necessary, but let them do all according to the Word of God. .