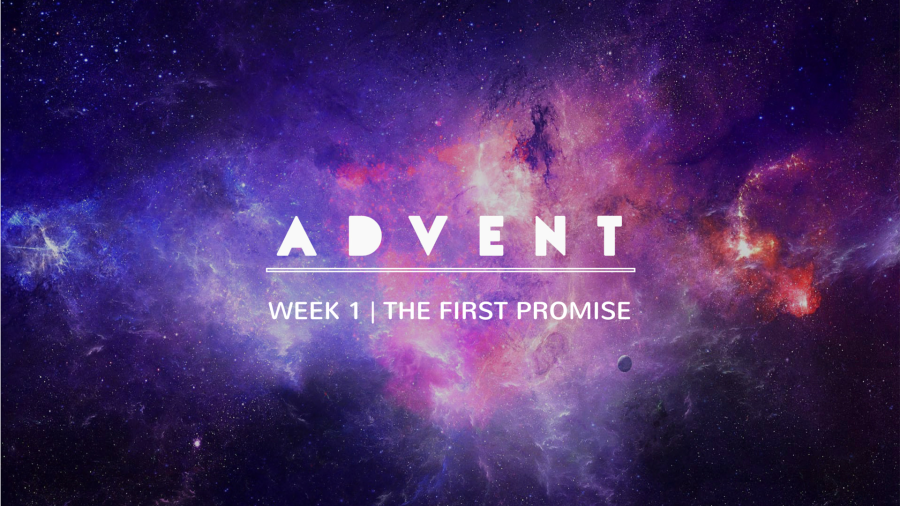 Everything was good, even humans, and God gave the humans every good thing to enjoy, with the command not to eat the fruit of one tree.

Think about it, endless joy, peace, and pleasure with only one prohibition. Setting the pattern that we keep following today, Adam and Eve chose the one forbidden tree over everything else, over God Himself.

And nothing was ever the same again.

Every murder, rape, burglary, or lie derives from this first sin. Even though sending humanity to hell right then would be have been completely justified, God had other plans.

In the midst of God’s righteous judgments upon Adam, Eve, and the serpent, God makes a promise. In fact, it is the first in a series of promises that He would make throughout history. God promised that the offspring of woman would crush the serpent’s head. He will be the one to destroy the serpent, defeating evil and sin for good. In humanity’s darkest hour, God promised the Savior, and the virgin birth of Christ meant that He is the offspring of woman.

Jesus was born as the Serpent-Crusher, who would reverse the curse of sin.

God’s promise of hope came in the midst of humanity’s darkest hour, when Adam and Eve were naked and ashamed before God’s holiness. Consider when you first believed the gospel, and how God proclaimed good news in the middle of our sin and shame.